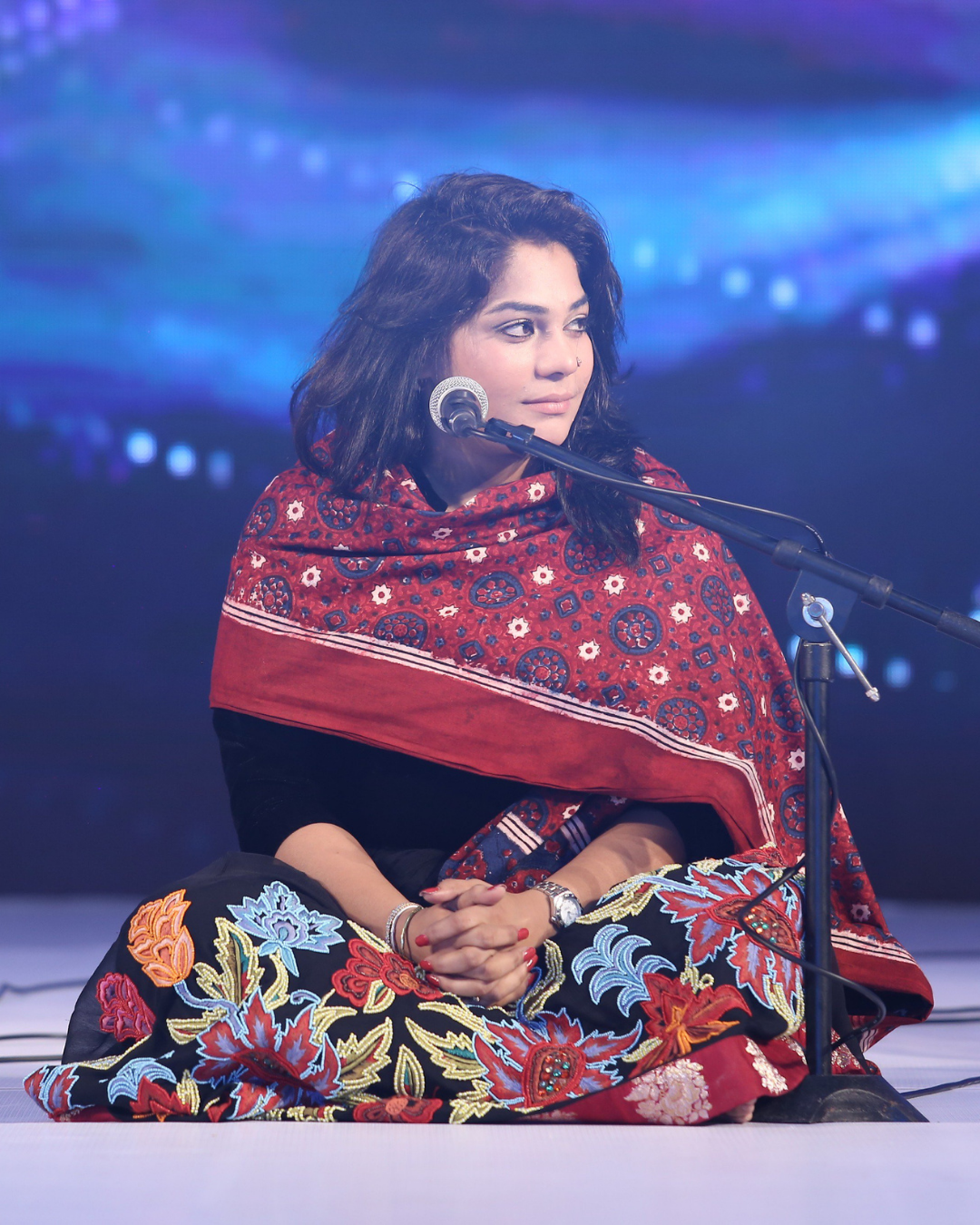 Sanam Marvi is a globally celebrated Sufi and Folk singer from Pakistan. She sings in Urdu, Punjabi, Sindhi and Balochi. A champion of the Sufi, and Folk genres, she is considered among the greatest performers in the world for these musical styles. Her passion for music began at a very young age when she began singing under the tutelage of her father, who was also a skilled Sindhi folk singer and harmonium player. Sanam has been trained in classical music, and became well-versed in classical singing and ragas through her time spent learning from Ustad Fateh Ali Khan and Abida Parveen.

Overcoming poverty and hardships in her childhood, Sanam debuted as a singer professionally at a very young age. From her early career singing as a part of a troupe at the Rafi Peer Theatre in 2004 and 2005, to her debut solo performance at the legendary Jahan-e-Khusrau Sufi music festival in India in 2010, to international performances in unforgettable concerts held in major cities such as London, New York, and Paris, Sanam has been spreading her passion for the soulful sounds of Sufi music across the world for decades now.

She has graced some of the largest stages and platforms in the world with her talents, including Aman ki Asha event held by Times of India, to the internationally renowned Coke Studio, where she used her performances to carry on the legacy of the Sufi and Folk genres.

Sanam feels that lyrics written by Sufi poets have a universal and timeless appeal among the public, and that people find comfort in their words, a feeling that she continues to instil in the hundreds of thousands who have been fortunate enough to hear her unique, magnificent voice.

More
Get Passes
Back to top